Posted on 14th February 2022 in Learning to Read, Reading Difficulties 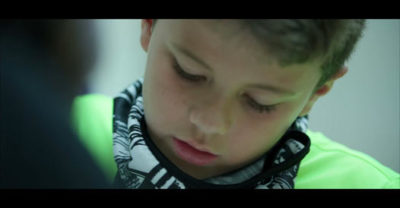 Emmy® Award-winning Director, Nick Nanton has signed on to direct a new documentary feature film from DNA Films® in partnership with the John Corcoran Foundation™ that aims to change the conversation around literacy through highlighting illiteracy, sub-literacy, and learning disabilities, including dyslexia. This guest blog by Nora Chahbazi, literacy consultant (pro bono) via the John Corcoran foundation for The Truth About Reading documentary and Founder of Ebli: Evidence Based Literacy Instruction, tells the story of how it came about.

Part 1 – How this project came to be

The idea of a literacy documentary was born at a retreat with Jack Canfield in September, 2020. John Corcoran, author of The Teacher Who Couldn’t Read and The Reading Gap, and I attended the 3 day virtual retreat with about 10 other people from around the world. We were initially scheduled to attend the retreat in-person March of 2020 at Jack’s home in California. That plan was nixed when COVID shut down the country two days before that live event.

At the virtual event, when it was our turn to share our literacy-focused wish list and ask for advice, Jack told us he thought it would be wise for us to do a literacy documentary. He highly recommended 22 Emmy-award winning documentary director Nick Nanton as the person to do the job well and right. With Nick’s email and phone number in hand, we wasted no time and contacted him that week. It took two emails to get him hooked on the idea. A few weeks later John, Nick, and I met via Zoom and within a month, a press release had gone out about the project. We were on our way!

Back then, Nick knew nothing about the literacy crisis in the United States and other English speaking countries and John and I knew nothing about the process of making a documentary. Needless to say, all of us have been on a steep learning curve since then! Nick has been astounded at the breadth and depth of the literacy issues plaguing our schools and society as a whole, and that he wasn’t aware of it before. John and I have had a trial-by-fire crash course on grassroots fundraising and the ins and outs of making a documentary. It is so much more complex than we ever would have thought.

Once we committed to the project, the first order of business was gathering literacy articles, podcasts, and other material to share with Nick and his story producer to help them get up to speed with all things literacy. I was delegated the job of reaching out to people who might be interested in being interviewed, which was interesting and fun. John and I began traversing the unfamiliar fundraising process, and within a few months we all began discussing plans for kicking off filming.

One of Nick’s requests was that we find an adult who could not read and would be open to being taught and having their instruction filmed by the documentary team. John and I both knew that this was an extremely challenging ask but began the process to see how we could make this happen.

In Part 2 of this series, Nora will discuss the reasons for producing this critical documentary in light of the current national literacy crisis.

Nora Chahbazi is the founder of Evidence-Based Literacy Instruction (EBLI). She has presented at many education conferences and writes a bi-weekly blog, as well as hosting monthly webinars that aim to educate the public. Nora is the literacy consultant (pro bono) via the John Corcoran Foundation for The Truth About Reading documentary team currently under production by 22 Emmy award winning documentary director Nick Nanton. Passionate about providing a bridge from the research on reading, writing, and spelling to effective, efficient instructional practices that can be used in the classroom and remediation settings, Nora’s ultimate mission is to teach the world to read.