A game for two players. Play with two sets of colored counters. Players take turns to read a word and put a counter on it. The winner is the first to get four of his or her counters in a row in any direction. The winner places a counter on the gameplay character. The game is played four times until all the characters are covered. Click the image to download the pdf. 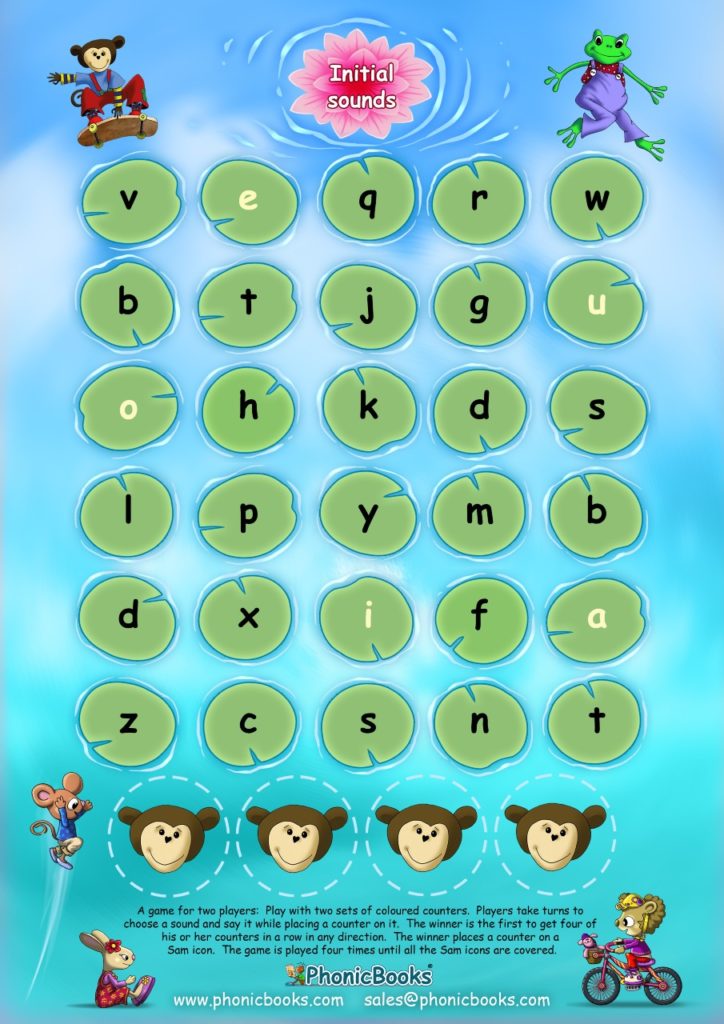 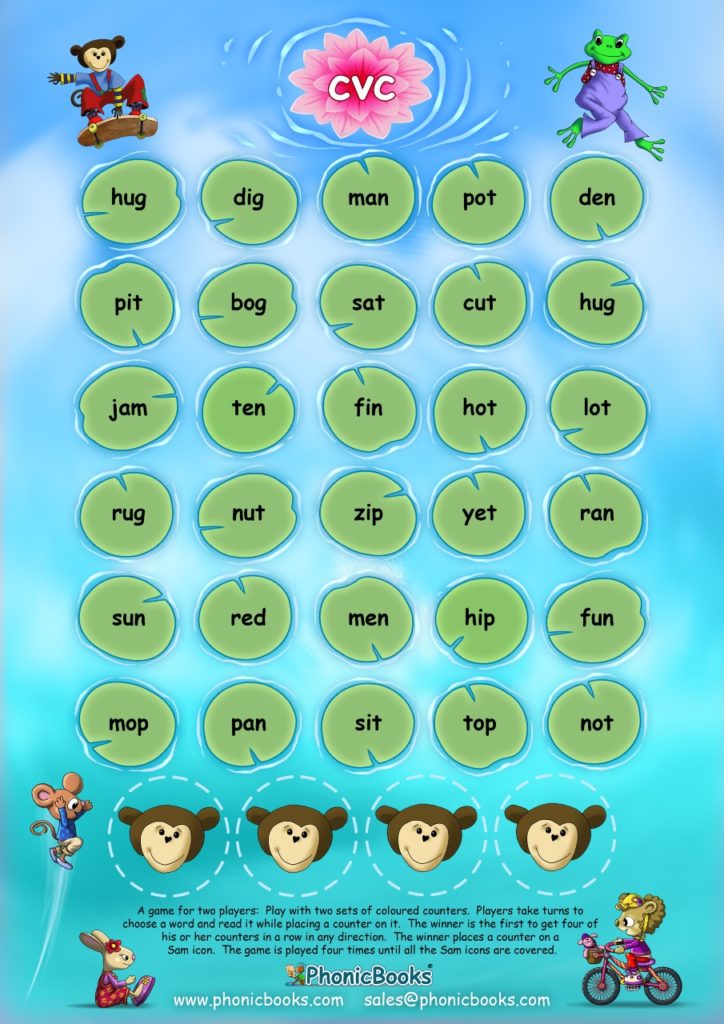 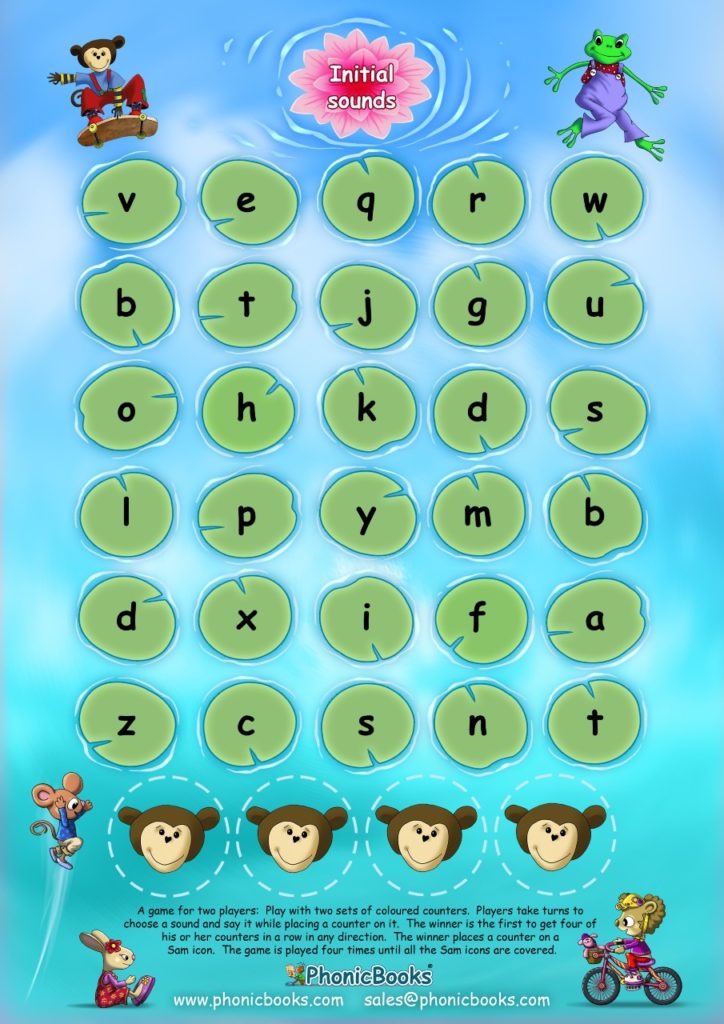 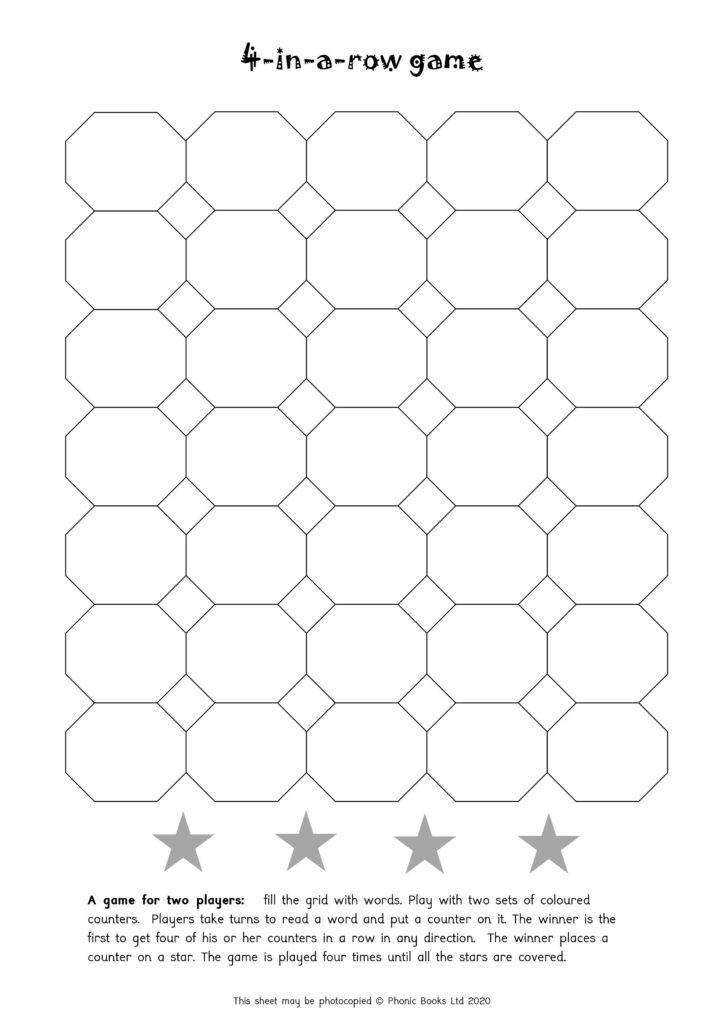