The Truth About Reading Part 3, Filming gets underway

Posted on 22nd April 2022 in Learning to Read, Reading Difficulties 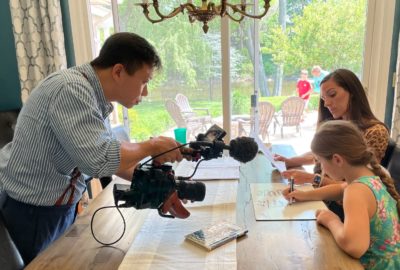 In Part 3 of this series of guest blogs by Nora Chahbazi, literacy consultant (pro bono) via the John Corcoran foundation to The Truth About Reading documentary team and Founder of EBLI, talks about the emotional impact the production of the documentary had on many of the team.

In previous posts, I’ve shared how the documentary came to be and why the project is so critical. Now it is time to delve into how we got the ball rolling with filming!

By April 2021, we had raised enough funding through our grassroots efforts to begin scheduling filming. We had been working diligently to continue to fundraise as these contributions would determine the length and depth of the documentary would be.

This was such an exciting time as the documentary began to feel more real instead of just a great idea. One bump was that Katie, the story producer, was out on maternity leave. I stepped in as the substitute for her role of scheduling the locations and interviewees. This was a much more rigorous role than I expected it would be but it was also a lot of fun. John Corcoran asked if I would be present at filming so I arranged my schedule to accommodate that.

East coast adventure
By the first of May, we had an east coast filming sweep of 3 locations scheduled. Nick, 3 of his film crew, a driver, and I convened in Washington, DC area to start off our east coast adventure. The first group to be interviewed was Emily Hanford, Natalie Wexler, and Lacey Robinson – quite the trio to start off what would be almost a year of filming! 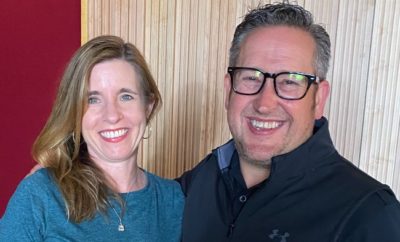 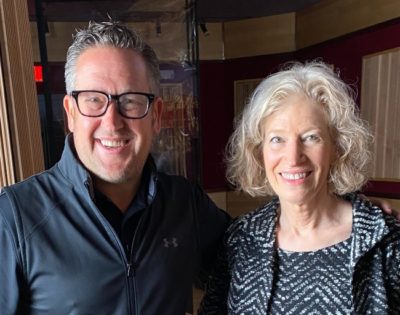 The crew expertly packed up their abundance of equipment and we hit the road to head to New York City. Kimberly Berens, one of the interviewees, hosted the filming at her center (which had been closed for a year because of Covid) in the heart of New York City. Kimberly and Faith Borkowsky were the subjects who were interviewed here. Their heartfelt stories were emotional to listen to and I cried silently through much of these interviews. As we hopped back into our van to head to Boston, one of the film crew members shared that he cried 3 times during their interviews. 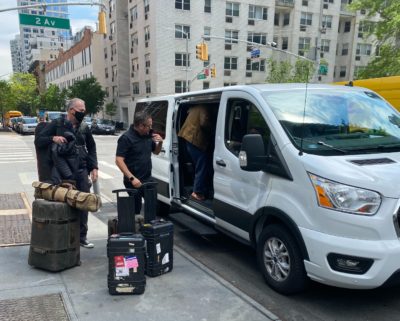 Next up was Harvard to interview Nadine Gaab, a professor, and Jennifer Newman, a teacher. Like those interviewed before them, they provided great insights and information about reading, reading instruction, and reading research. 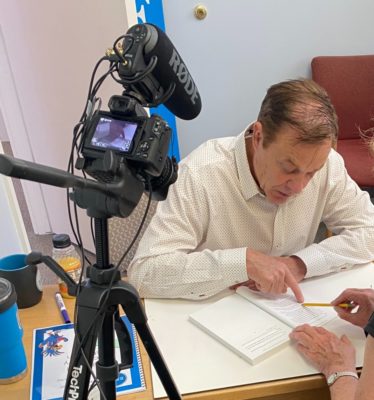 Interviews and travel restrictions
Two weeks later the crew was in Michigan to interview about a dozen educators and administrators, learners of all ages who had struggled with reading, a professor from University of Michigan, and the sheriff of Genesee County. David Chalk, who agreed to have all of his instruction videotaped for the film, flew in from Vancouver, Canada. Besides the courage it took for him to agree to such a vulnerable act, he had to traverse the travel restrictions as no one was allowed to leave the country without permission from the government.

The Michigan taping was 4 action packed days where hours of interviews took place along with the filming of David’s instruction. Many of those who were featured in the documentary teaser video were filmed in Michigan.

That same week, John Corcoran was filmed in southern California.

This footage was compiled with the goal of compiling the teaser video about the documentary in order for it to be released at an event in Hollywood in September 2021. Nick and his documentary team had the monumental task of creating a 4 minute video out of about 40 hours of taping. More about that and the rest of the filming in the next installment of this series!

Nora Chahbazi is the founder of Evidence-Based Literacy Instruction (EBLI). She has presented at many education conferences and writes a bi-weekly blog, as well as hosting monthly webinars that aim to educate the public. Nora is the literacy consultant (pro bono) via the John Corcoran Foundation for The Truth About Reading documentary currently under production by 22 Emmy award-winning documentary director Nick Nanton. Passionate about providing a bridge from the research on reading, writing, and spelling to effective, efficient instructional practices that can be used in the classroom and remediation settings, Nora’s ultimate mission is to teach the world to read.

One Response to "The Truth About Reading Part 3, Filming gets underway"