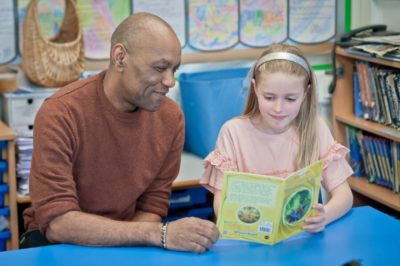 Regardless of which program or approach to teaching phonics we use, teaching phonics systematically means we follow a particular scope and sequence with its own logic for introducing sound-symbol correspondences and spelling patterns. Many teachers are coming to recognize that when children are given reading material with words that match what they have been taught, they are much more likely to apply their growing phonics knowledge and decoding skills and benefit from the reading practice. Decodable texts are a key component of phonics and structured literacy teaching for students receiving interventions or additional support.

Decodable texts are sometimes even referred to as “accountable” texts because students can be held accountable for knowing and applying what they have been taught explicitly. However, not all phonics programs offer texts that are perfectly aligned with their scope and sequence. And even if they do, you may find yourself wanting to use additional high-quality decodable texts to supplement, complement your phonics teaching, and provide additional practice. It’s important to understand the logic of the approach the books are based on, compare and contrast it with the program you are using, and consider how best to introduce the books and provide support to your students while taking any differences into account. With a little planning and some simple techniques, you can still use a variety of decodable texts in your teaching. 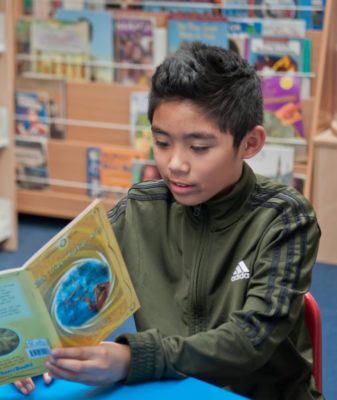 Let’s look at some differences between Orton-Gillingham (OG)-based programs, commonly used in the United States and linguistic phonics-based programs that Phonic Books are closely aligned with. For example, in Orton-Gillingham based programs like Wilson and others that commonly used in the United States, consonant digraphs (“sh”, ‘’th”, “ch”, etc.) are typically introduced before working with adjacent consonants or consonant “blends” (CVCC, CCVC, CCVCC patterns in words like “send”, “sled”, “stump”,etc.). However, book series like Phonic Books Moon Dogs Series or Magic Belt Series contain these kinds of words in earlier books than those with digraphs. Even if you are using a program that has not introduced blends yet, your students do already know how to blend CVC words. You can simply scaffold by saying, “You already know how to read words with 3 sounds. This one has 4! Let’s say each sound and say the word,” and model for them if necessary. Then, when you do formally teach this in your program, you could say, “Remember, we read these kinds of words in our Magic Belt books”. Alternatively, you could wait until after your students have had some practice with these words to introduce the books.

Books such as those by Phonic Books that are based on a linguistic phonics approach also include “vowel team” or vowel digraph spellings earlier than OG-based programs and introduce them in a different way. Vowel teams are taught alongside the vowel-consonant-e spelling and the single letter spelling (found in what Orton-Gillingham-based programs call an “open syllable”).

In linguistic phonics programs, the teaching of these patterns is organized by sound. For example, children learn multiple ways to represent the “long a” sound together (a-e, ay, ai, a, eigh, etc.). This differs from a program like Wilson Fundations which introduces the vowel-consonant e (VCe) or “silent e” spelling pattern for several sounds at once (in words like “ape”, “home”, “time”, “flute”, “eve”), when teaching that particular syllable pattern, and introduces the single letter spelling for several ‘long’ vowel sounds together when teaching the open syllable pattern (“he”, “go”, “ta/ble”), and introduces vowel teams separately as a particular syllable pattern (though they may be taught in groups according to sound. For example, ay/ai taught together).

If, for example, your student is reading a book series that starts by introducing patterns you have explicitly taught in your program, such as the Alba or Totem Series, but then in later books begins to include vowel teams, which you have not yet taught, you can, of course, adjust the pacing and order of the text reading, pressing pause on that series and moving to a parallel one until your student is ready. Alternatively, you can scaffold and use it as a preview opportunity, as described above with adjacent consonants/blends.

Other minor differences can be easily handled. Although linguistic phonics programs don’t teach syllable division rules, you can certainly support students to read multisyllabic words in the books in ways that are consistent with your approach. Another example is that “ing”, “ang”, “ong”, “ung” are taught as units in many OG programs, while in linguistic phonics programs, the consonant digraph “ng” that represents the second sound is taught separately and children are taught to say the vowel sound, the consonant sound and then blend them together as they would with any other sounds. Another example is “old”, “ost”, “ild”, etc. taught as exceptions to the closed syllable rule in OG programs, but simply regarded in terms of their sound-symbol correspondences in linguistic phonics programs, which do not teach syllable types. You can certainly reinforce these patterns in whichever way you have taught them with your students when they encounter them in the texts.

The opportunity to apply knowledge and skills while reading connected text that is thoughtfully designed to scaffold the process is so valuable for beginning and struggling readers. And the more practice, the better! If you take some time to understand the logic of different decodable texts and have a plan for how to address the differences, you can include many of these texts in your teaching and your students will only benefit.

Miriam Fein is a speech-language pathologist and licensed reading specialist. She lives near Boston, Massachusetts, and supports students from early elementary through high school with reading, spelling, writing, and language skills. She believes in the power of evidence-informed, systematic, and compassionate teaching for all learners.