Many of the terms in phonics are quite confusing.  Consonant blends and consonant teams are such terms.  So, what is the difference between the two?

Why is it important to use and teach the correct terms?

The English Alphabetic Code is very complex and, as teachers, we need to be very explicit in how we teach it.  When reading a word with adjacent consonants we can point to each letter separately to indicate that these are separate sounds.  But when we are reading a word with a consonant team (digraph) we need to show the reader that these two letters spell one sound.  This will help him/her map and read the word correctly and it will help him/her to use this knowledge next time he sees this combination of letters. 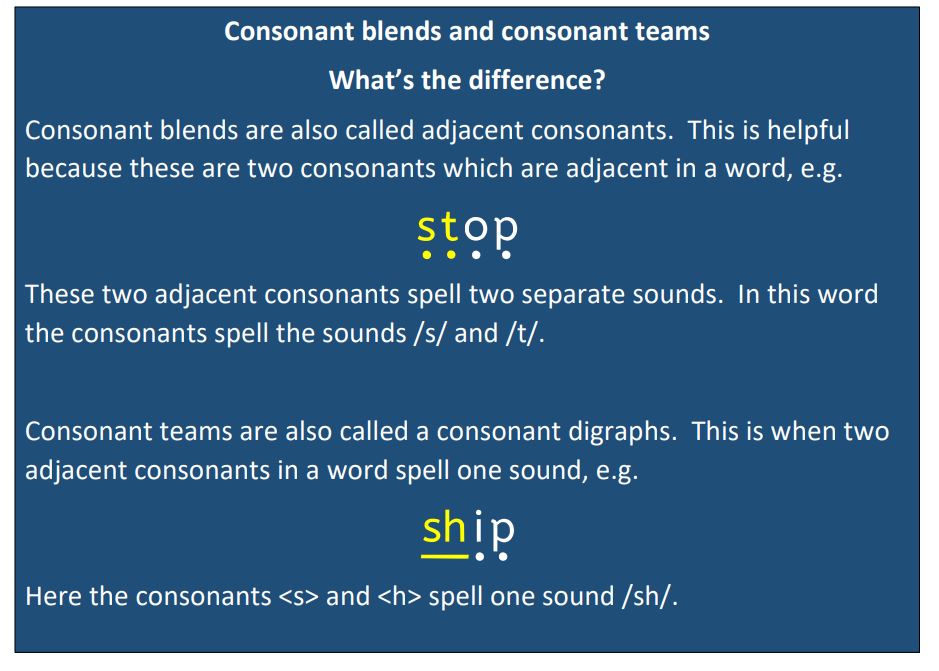